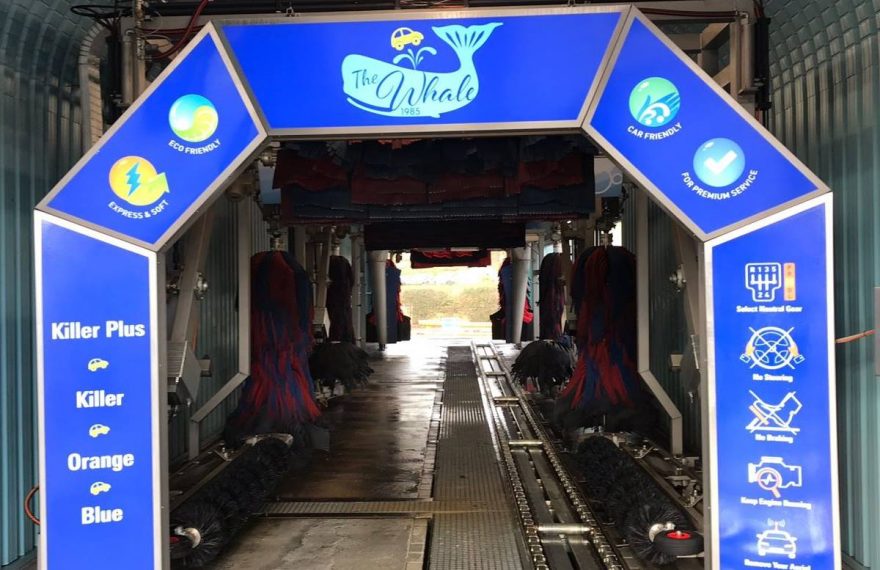 Whale Car Wash is a successful vehicle valeting operation in the centre of Brighton. The business originally operated a conventional three brush rollover wash linked to a very basic inline water recycling system which drew dirty water from the below-ground interceptor through coarse basket strainers and into the wash system. The final rinsed came from mains water. As the wash machines aged, they became more unreliable, so a decision was made to invest in a state-of-the-art conveyor wash. Whilst the efficiency improved, the quality of the wash deteriorated as the water treatment system itself was unchanged.

With rising customer complaints, the company decided to call in Kirton to investigate. We discovered that the increased throughput had led to severely compromised settlement times in the interceptor and dirt particles were passing through the system and onto the cars. To compound the problem, the new textile brushes which replaced the nylon bristles attracted the dirt leading to scratching on the vehicles being washed.

The obvious answer was to install a larger interceptor, but the downtime involved meant it was not a viable option. Similarly, the existing plant room was not large enough to accommodate a conventional water recycling system.

To solve the problem, Kirton designed a bespoke system using duplex advanced media filter vessels directly into the wash pump outlets. These advanced media beds work at a far higher velocity than conventional equipment and have a far smaller footprint enabling them to be fitted into the limited space available. The filters remove all particles down to 5 microns preventing silt contaminating vehicle of the textile brushes.

The entire project was carried out within a week and the wash was only shut down for a single morning so operations were barely impacted.